100% Patient Satisfaction based on 16 ratings

Christina Sebestyen
5.00
Based on 16 ratings 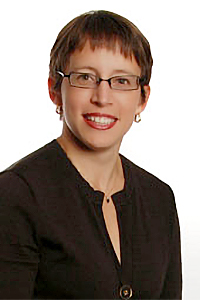 Christina Sebestyen, MD – owner of OBGYN North – has championed the cause of women’s choice in birth options in Austin since arriving here in 2006.

A mother of two sons, she chose to birth naturally with a Certified Nurse Midwife (CNM) in a New Hampshire hospital, using hypnobirthing for strength and focus.

She moved to Texas with her husband James who was stationed at Lackland Air Force Base, and quickly fell in love with Austin.

As a long-standing advocate for women both in clinical practice and on Capitol Hill, she was surprised by the lack of hospital-based midwifery and alarming c/section rates here.

She worked intensively with North Austin Medical Center to allow CNMs to be credentialed and successfully accomplished this in August 2008.

Facebook
Twitter
Instagram
Close
Sort options
Search filters
Service type
Reviewer
How we do it Why you can trust our reviews Find a provider
Active filters: Click X to remove any filter or reset all
All filters are off. Customize your search by using the sidebar options below.
Christina Sebestyen, MD, FACOG Reviews (3)
11/18/2020

Dr. Sebestyen spent lots of time ensuring my questions were answered. I did not feel rushed at all.

I felt at ease with the doctor and am very fond of her. She does a good exam!