94.2% Patient Satisfaction based on 170 ratings 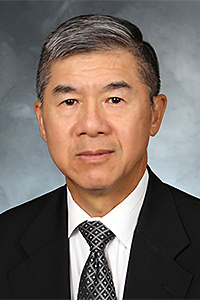 Dr. Edwin Chen received his medical degree from National Taiwan University in Taiwan in 1975. He completed resident training in OB & GYN in Cathay General Hospital in Taipei, Taiwan in 1981. In 1992, he finished his second residency in OB & GYN in New York Medical College in Valhalla, New York. He became board certified in Obstetrics and Gynecology in 1994. He began practicing in Frederick in 1992. In 2016, after almost 25 years of delivering babies, Dr. Chen made the difficult decision to retire from OB. He still serves the Frederick community by providing outstanding GYN care. Dr. Chen and his wife enjoy long walks together and spending time with their family.