95.2% Patient Satisfaction based on 355 ratings 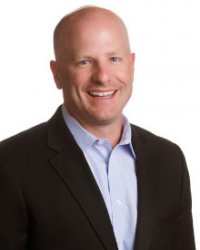 Dr. J. Drew Sanderson developed an affinity for medicine early in life, and upon entering college he elected to get a Bachelor of Science degree in respiratory therapy with a minor in chemistry.

After graduating from Texas State University with honors, he was accepted to medical school at the University of Texas Health Science Center in San Antonio where he graduated medical school in the top 20% of his class. Following medical school, Dr. Sanderson entered a residency program in the highly competitive field of Otolaryngology-Head and Neck Surgery.

Along with eleven years of medical and surgical training after college, Dr. Sanderson's personal and approachable demeanor and genuine care for his patients separates him.

American Board of Otolaryngology-Head and Neck Surgery

Facebook
Youtube
Close
Sort options
Search filters
Service type
How we do it Why you can trust our reviews Find a provider
Active filters: Click X to remove any filter or reset all
All filters are off. Customize your search by using the sidebar options below.