92.4% Patient Satisfaction based on 269 ratings 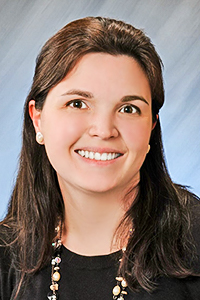 She was born and raised in Caracas, Venezuela and speaks fluent Spanish and English.

She came to the United States after finishing medical school for her OBGYN residency. During her time in the US, she has devoted time in various hospitals to include Jackson Memorial Hospital in Miami, Florida and Barnes Jewish Hospital, Washington University in Saint Louis, Missouri. She received numerous postgraduate honors and awards to include: Administrative Chief Resident, Obstetrics Awards, Arnold W. Cohen Award for Exemplary Commitment, and others.

Dr. Reina is married with a set of twins.