94.4% Patient Satisfaction based on 79 ratings 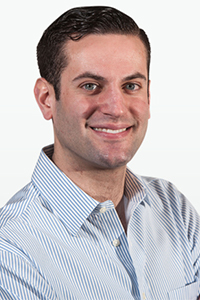 With an innate passion for helping others and improving and nurturing the body, Luke earned his bachelors of science in Health and Physical Activity from the University of Pittsburgh and his bachelors of nursing at Duquesne University, with hands-on clinical nursing experience at The University of Pennsylvania. Luke joins Bucky Plastic Surgery as CoolSculpting and MiraDry Coordinator, with certification and extensive training to achieve the best results for patients. Luke’s outgoing and effervescent personality allows him to easily connect with patients when under his care for a superb treatment experience. “Being a nurse is an absolute privilege. To be able to put a smile on my patient’s face and

Facebook
Twitter
Youtube
Close
Sort options
Search filters
Service type
Reviewer
How we do it Why you can trust our reviews Find a provider
Active filters: Click X to remove any filter or reset all
All filters are off. Customize your search by using the sidebar options below.
Luke Levin, BSN, RN Reviews (64)
02/02/2021

Luke was the best provider. I was very nervous and cautious going into my procedure and he made it a life changing experience!

I was satisfied with my experience at Bucky Plastic Surgery Skin Care and Laser Center because of Luke. He's extremely friendly, personable, and has a unique way of making you feel comfortable and welcomed. Moreover, he's seems confident, knowledgeable, and very forthcoming about any information pertaining to the procedure.

Luke was both personable and highly knowledgeable.

He was so amazing, he made you feel like family. Zero judgement and incredibly honest.

Luke was friendly and efficient, and the results are better than what I expected

Luke is knowledgeable, personable and professional.

Luke was professional, friendly, efficient, and knowledgeable. I was very comfortable and pleased with the results.

Did not see results after procedure. I am still struggling with sweating.

Really amazing results. I appreciate the professional staff. I could not recommend this highly enough.

Luke asked the right questions and results were great.

Luke was very thorough explaining my procedure in detail. Made me feel very comfortable from start to finish. I would highly recommend Luke to my family and friends.

CoolSculpting has been extremely effective at reducing lingering belly fat that is difficult to lose through diet and exercise alone. Botox is preventative treatment to help slow the aging process. I am highly satisfied with the results of both CoolSculpting and Botox. The best thing about CoolSculpting is that it was a non-invasive way to reduce stubborn belly fat that i was unable to lose despite following a very healthy diet and being very active. The best thing about Botox is that it is slowing the aging process.

Very quick at being able to get appointments, RN was very knowledgeable of products and at giving advice.

Luke was fantastic, knowledge and made me feel totally comfortable. He was honest and thorough in explaining the process! The procedure itself was quick and painless. I watched Bravo the whole time so it made it super easy to sit for the hour plus. The treatment worked exactly like he said. "Sticks of butter" is exactly what you want the CoolSculpting to look like!

After multiple consultations with other plastic surgeons, it has become clear to me that not only was I not a candidate for coolsculpting; but I was also led to believe I would have far greater results than what should have been expected. You need to work on patient selection and perhaps more importantly, expectation management. I really do believe you sold me something that wasn't appropriate for me AND sold me on results that weren't likely, even if I had been a candidate for the procedure.

Luke is very thorough with his consultation and treatment plan. [Single best thing is...] Availability, ease of scheduling, knowledge of provider, friendly staff from start to finish.

I definitely lost inches in the area treated. [Single best thing is...] The results!

Luke explained the whole procedure and what I will feel. He was caring and very knowledgeable. Luke made me feel very comfortable. Plus he has a great personality. Thank you Luke. [Single best thing is...] Results.

Very professional, great experience, will definitely recommend him. Super friendly. Give him 10 stars. Treatment wasn't painful, I did have to have a second treatment, which is usually rare. But still satisfied.

Luke is very knowledgeable and professional. My comfort and safety was clearly his priority. He was very clear about explaining expectations and what I could do to support success. He is great! Luke was very clear that increasing the amount I was exercising would help me get the best results. And he was right!

Luke Levin was fantastic and the procedure went well with good results. [Single best thing is...] That it worked well for the most part. It did exactly what was advertised.

Luke was great, procedure was easy. Results are still happening, but they have been very good.

Luke was personable and accommodating but I was a little disappointed. Since Rachel performed the same procedure on another part of my body, I used it as a comparison. Rachel was more thorough and professional in her application of the procedure.

Luke is the best!! Everything was easy and he made the experience 10 times better. It worked!! No more sweat.

Luke was very thorough and friendly. He let me know what he was doing at each step. I felt very confident in his abilities.

Luke was absolutely wonderful. Informative, kind and a great person to talk to during the long procedure. It was painless and worked!

Luke answered all my questions. He conveyed realistic expectations. He made me feel comfortable. There was a relaxed feeling to the procedure.

Parking and validation was convenient to the location. Luke was pleasant and easy to talk to.

Luke is absolutely amazing. He was was extremely knowledgeable and professional and made me feel so comfortable every step of the way.

Absolutely! Loved working with Luke. He was very professional and explained everything beforehand. Love that my arms look less bulky.

Luke made me feel comfortable and at ease. Very informative about procedure. Luke has a great personality. Thank you.

Yes [I was highly satisfied]. From start to finish I was treated with respect and made to feel very comfortable. I can't believe how ridiculously handsome I now look. Wow. Thank you Luke.

Luke was fantastic to work with! Luke was conservative enough so the results were what I wanted but not too much.

I thought I was going to see more results than I did.

Luke was wonderful to talk to. He explained things throughly and patiently. [Single best thing is...] How gentle and kind Luke was.

Luke was very professional, caring, and honest. I also feel like I got great results. [Single best thing is...] Having a more defined stomach

Luke is great at making you feel comfortable, answers all of your questions. [Single best thing is...] I look better

Luke provides a pain free experience. His knowledge and great personality put me at ease. I wouldn't hesitate to recommend him to anyone seeking treatment and I am definitely coming back. Luke took the time to find out what I really wanted to achieve as a treatment goal. He's very caring and professional

The product did a fairly good job of working, but it was neither better nor worse than traditional Botox.

Luke was friendly and very outgoing and very informative and detailed. He is one of the best. [Single best thing is...] Non invasive and no pain. Treatment was fast. Definite results

Luke was great. He was very informative of the procedure process, what to expect during and after, and was enjoyable to be around. [Single best thing is...] Seeing less of me and noticing my clothes fitting loose

Luke was very informative and professional. He answered all my questions and concerns. He was a pleasure to speak with and I would come back to see him every time I need treatment. I would highly recommend him to anyone. [Single best thing is...] Did not need a touch up, all concerns and questions were addressed.

Hes very attentive and didn't want to do too much at first. Product is good.

Luke was excellent. He consulted me several times before the procedure. The procedure was painless, the results, outstanding. And Luke called several times after with follow up consultation. [Single best thing is...] It works! Well worth the money!

I love my botox, it looks great. Luke was professional, explained everything thoroughly, and was easy to talk to. I would absolutely recommend to my friends and family. [Single best thing is...] The staff

Luke is very kind and professional.explains everything . Botox was very well done. Haven't seen the result of coolsculpting yet.

I was satisfied with my experience because the result was very close to how it was explained to me before the procedure.

This procedure helped me so much! I don't sweat nearly as much as I did before but I do find that I am sweating more than I expected. Not necessarily a bad thing as we all respond to it differently. I don't regret this at all and definitely recommend it to others.

I Like Levin, he was very nice and seemed to know what he was doing.

Luke was excellent, he made me feel comfortable the entire time. I was nervous going in and he thoroughly explained the process alleviating any fears I have. He was exceptionally knowledgeable about the process and due to this high level of knowledge was able to keep my mind at peace. He is incredible. Great results. It has really helped.

At my initial consultation, I was given a price and the promotion that was occurring. Before leaving I asked if the promotion would still be available on a given date and was told yes. When I called to set up my coolsculpting appointment, I was then notified that $500 was due up front, which was never discussed before and on top of that the promotion, which I was told would be available on that date, was now no longer available.

Luke was very informative and attentive; the procedure went smoothly and his follow-up has been wonderful. It worked! :-)

First, not only was I nervous, at first I was down right scared. And within minutes I felt like I was at home, my experience was not painful and Luke was a so kind and gentle and made me feel at ease the whole time, followed up on me and I look 10 years younger. Thank you so much.

The coolsculpting worked very well for me. I was thrilled with the results and Luke was so amazing and professional. [Single best thing is...] How quickly the results worked for me. I'm no longer self conscious of my hips or stomach

Luke was very professional and knowledgeable.