90.0% Patient Satisfaction based on 121 ratings 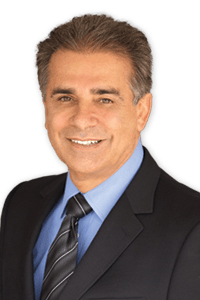 Dr. Michael Niccole is a double board certified plastic surgeon and the founder and Medical Director of Cosmeticare Plastic Surgery Center & Medspa in Corona Del Mar, California. Dr. Niccole has extensive knowledge and experience in performing many cosmetic and reconstructive procedures. His skills as a surgeon and the positive results seen on thousands of satisfied patients have helped him create recognition for CosmetiCare around the world receiving patients from Germany, Italy, France, England, Australia, Israel, Costa Rica, and many other countries.

Dr. Niccole is also known for his humanitarian efforts. In 2008 he was elected as “Man of the Year” for the MDA (Muscular Dystrophy Association) for his continued dedication towards reconstructing lives for children and adults through donated plastic surgery. He has also been selected as one of the “Top Plastic Surgeons in America” by the Consumer’s Research Council of America. In addition, CosmetiCare has been voted numerous times as one of the “Best Plastic Surgery Centers in Orange County” by The Orange County Register’s “Peoples’ Choice” and published in its guide “The Best of Orange County.”