94.4% Patient Satisfaction based on 85 ratings 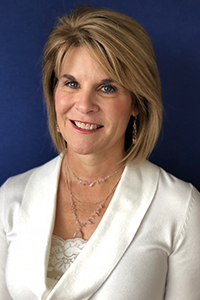 PPatty Kutcher earned her Bachelor of Science in Nursing from Maryville University in St. Louis, Missouri and became a registered nurse in 1987. She began working as nurse in the Neonatal Intensive Care Unit (NICU) before moving to Michigan one year later. She worked in the NICU at Henry Ford Hospital in Detroit, but shortly after, transferred to the Operating Room where she began training as a surgical nurse in Cardiothoracic, Urology, and General Surgery.

In 1990, she started working in Ann Arbor for the Center for Plastic and Reconstructive Surgery for Dr. Robert Oneal. She fell in love with the service and has been practicing with these doctors ever since. She has seen a lot of advances in plastic surgery through the years. She is happy to share her knowledge of surgical procedures and intervention and how it relates to her new role as an injector with the Aesthetics aspect of our practice.

Being well rounded and knowledgeable about all aspects of Plastic Surgery will enhance Patty’s connection with our patients and give them the ultimate experience with whatever route they choose.