91.8% Patient Satisfaction based on 251 ratings

Zubda Rashid
4.59
Based on 251 ratings
Value for the price 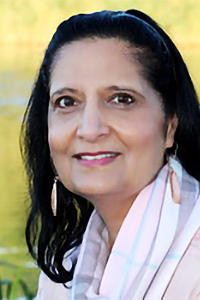 Dr. Zubda Rashid is an experienced Ob/GYN from a multicultural environment. Dr. Rashid’s education started in Pakistan where she graduated from Kin Edward Medical University at Lahore, Pakistan in 1981. She earned her UK Board Certification in 1997 and furthered her training in Ob/GYN in the United States where she began her residency at Northshore University Hospital in Long Island, NY, from 2000-2001. She continued as a resident under the Chairman and Residency Director, John R. Musich, M.D., at William Beaumont Hospital, Royal Oak, MI from 2001-2004. Dr. Rashid practiced in New Jersey before joining Maternity and Gynecology Associates in 2006 where she continued to widen her care for women. She became a fellow of the American College of Ob/GYN in 2006.

Dr. Rashid became an accomplished gynecological surgeon through her residency program and training at various medical centers and hospitals here in the U.S. and the U.K. as well as in her home country of Pakistan and neighboring countries. Her points of interest include caring for adolescents to post-menopausal women. Dr. Rashid is a caring doctor who is experienced in routine and high-risk obstetrics, routine gynecology, and surgical procedures.

Dr. Rashid is multi-lingual. She is fluent in English, Urdu, Punjabi, and Hindi languages.