94.2% Patient Satisfaction based on 48 ratings 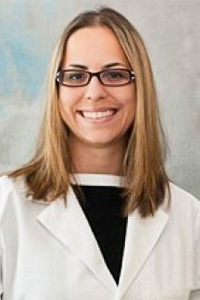 Born and raised in San Juan, PR, Dr Benitez-Prieto relocated to upstate NY during high school for freshman and sophomore years. She then returned to her native Puerto Rico where she completed high school, obtained a bachelors in science with a major in biology from the University of Puerto Rico, Rio Piedras Campus and obtained her medical degree in 2007 at the University of Puerto Rico’s School of Medicine. She then completed a transitional year program at Damas Hospital in Ponce PR. For obstetrics and gynecology training, she relocated again to Upstate NY in 2008 to complete her residency at Albany Medical Center in Albany, NY.

Dr. Benitez-Prieto has a special interest in breast feeding, having completed her residency research project on resident breast feeding education. She presented her findings as a poster presentation at the Association of Professors for Obstetrics and Gynecology annual meeting in Phoenix AZ in 2013. Her other clinical interests include high risk obstetrics and contraception.

She is board certified by the American Congress of Obstetrics and Gynecology.

Dr. Benitez-Prieto is married and a mom to two young boys as well as stepmom to a teenage girl. In her spare time she enjoys playing with her sons, playing World of Warcraft with her husband and crafting with her Cricut machine. She enjoys Star Trek over Star Wars. She is native fluent in Spanish.