90.6% Patient Satisfaction based on 391 ratings 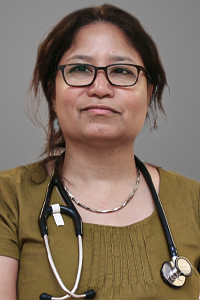 Dr. Gray earned her Bachelor of Arts in biology from Queens College, City University of New York in New York City. She then attended medical school at the State University of New York at Stony Brook before completing her obstetrics and gynecology residency at Monmouth Medical Center in Long Branch, New Jersey, where she was chief resident her final year.

Prior to Capital Women's Care, Dr. Gray worked as an OB/GYN at several hospitals throughout Washington, DC, Virginia, and Maine. She previously served as an assistant professor as well as the Director of the OB/GYN International Pelvic Surgery Program in the Department of Obstetrics and Gynecology at The George Washington University.