96.2% Patient Satisfaction based on 610 ratings 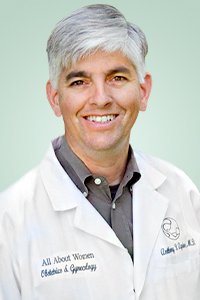 All About Women Obstetrics and Gynecology

Dr. Agrios is board certified with the American Board of Obstetrics and Gynecology and is a fellow of the American Congress of Obstetricians and Gynecologists. He opened his practice in 1998, following residency in obstetrics and gynecology at the University of Florida. He is a graduate of Johns Hopkins University where he received a bachelor's degree in biology. He received his M.D. in 1992 from the University of Southern California where he was a Dean's Scholar. Dr. Agrios is passionate about his surgical skills and keeps apprised of the latest medical advances. He was the first surgeon to move forward with robotic surgery at North Florida Regional Medical Center and he strongly believes that minimally invasive surgical techniques are better for patients and are the future of gynecologic surgery. In his free time, Dr. Agrios enjoys Gator football, spending time with his wife and two children, and traveling internationally.