92.4% Patient Satisfaction based on 261 ratings 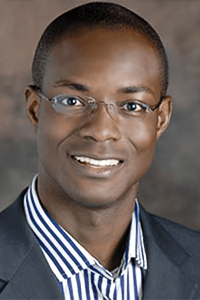 For the final step in his training, Dr. Gyang completed a fellowship in chronic pelvic pain and minimally invasive gynecologic surgery at Florida Hospital Orlando. He is board certified in obstetrics and gynecology.

Dr. Gyang stays active in education by training residents from the University of Central Florida. He’s a fellow of the American Association of Gynecologic Laparoscopists and the American Board of Obstetrics and Gynecology. He also maintains active membership in the International Pelvic Pain Society and the International Academy of Pelvic Surgery.