97.4% Patient Satisfaction based on 621 ratings 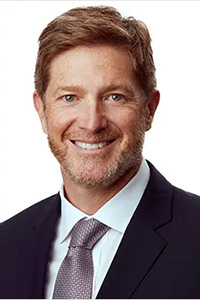 Dr. Jacobs joined Lyndhurst Gynecologic Associates in July of 2001 after completing his residency at Wake Forest University Baptist Medical Center. A native of Miami, Florida, he received his B.S. in Biology from Samford University in Birmingham, Alabama. He received his M.D. from the University of Alabama School of Medicine. Dr. Jacobs speaks conversational Spanish and his special interests include urogynecology, pelvic surgery and menopausal care. He is board certified in both OB/GYN and FPMRS (urogynecology), a diplomate of the American Board of Obstetrics and Gynecology and a Fellow of the American College of Obstetricians and Gynecologists.

Dr. Jacobs serves as the President of Lyndhurst Gyn and is the Medical Director of the Lyndhurst Urogynecology Center and In Office Surgery.

Dr. Jacobs has two children, a son, Nathan and a daughter, Miriam . In his free time, Dr. Jacobs volunteers at the Community Care Clinic in Winston-Salem and enjoys outdoor activities, particularly cycling and flyfishing, and spending time with family and friends.