99.0% Patient Satisfaction based on 61 ratings

Scroll down to read and filter verified real patient reviews for Bradley B. Moore, MD, FACOG . You can also see locations, or contact Bradley B. Moore right here at RealPatientRatings®. 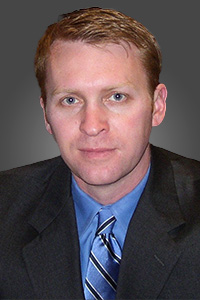 Dr. Moore attended medical school in Augusta, Georgia at the Medical College of Georgia (MCG). It is here that he developed his love of ob/gyn while delivering babies and performing surgery. After graduation in 1995 it was off to internship and residency in Houston, Texas at the prestigious Baylor College of Medicine. After an interesting and exhausting four years at Baylor, Dr. Moore entered the U.S. Air Force as an ob/gyn at Shaw Air Force Base in South Carolina.

It was while serving in the Air Force that Doctor Moore met his future wife, Deneen, in Atlanta. Brad and Mary Deneen Moore were married in the Grand Canyon on February 1, 2003. Dr. Moore moved to Atlanta and began practicing at Northside Hospital in October 2002. To better serve his patients, he opened own practice in North Atlanta in 2005.

Doctor Moore's family grew by two on May 2, 2007. After many unsuccessful years of trying, Dr. Moore and Deneen conceived via in-vitro fertilization with the help of the Atlanta Center for Reproductive Medicine. Garrett Chauncey (5 pounds 3 ounces) and Ava JoAnn (4 pounds 11 ounces) were born at Northside Hospital in Atlanta and have been growing ever since.When not working and spending time with the twins, Brad and Deneen enjoy time at the beach and the rolling hills of Kentucky (Deneen's family has a farm there). They also enjoy travel and good food.