96.6% Patient Satisfaction based on 40 ratings 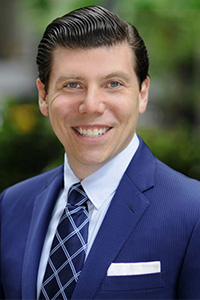 Dr. Brian Levine is the founding partner and practice director of CCRM New York. He has many years of experience in IVF treatment, IUI treatment, PCOS treatment, gestational surrogacy, LGBTQ reproduction, and many other areas. He is board-certified in both reproductive endocrinology and infertility and obstetrics and gynecology. Brian Levine, M.D., leads the industry in normalizing open dialogue about infertility— a medical condition affecting 1 in 8 couples— and educates prospective parents on a national level.

Over the years, Dr. Levine has been cited as one of the nation’s leading fertility experts in The New Yorker, New York Post, NBC, CNN, Avenue Magazine among others, offering valuable insight on everything from fertility misconceptions, egg-freezing 101, to how men can boost their fertility.

Dr. Levine attended New York University School of Medicine, served as the President of the NYU Alumni Association, and was the only physician on NYU’s Board of Trustees during his 7-year tenure. Recently he was awarded the Meritorious Service Award, the highest award bestowed upon an alumnus for their extraordinary service and continuing devotion to NYU and who embodies the University motto: To Persevere and to Excel. Dr Levine completed his residency in Obstetrics and Gynecology at NewYork Presbyterian Hospital – Columbia University Medical Center and then completed his fellowship in reproductive endocrinology and infertility at NewYork Presbyterian Hospital – Weill Cornell Medical College.

In 2015 he was awarded the highest prize by the American Society of Reproductive Medicine for his assisted reproductive technology submission on 3D sperm imaging techniques and frequently consults on new and disruptive fertility related technologies.

He resides in Manhattan with his wife Alexis and daughter Izabel. In his off time, he is a fervent daily reader and enjoys running in Central Park.