91.8% Patient Satisfaction based on 56 ratings

Chauncey Stokes
4.59
Based on 56 ratings
Value for the price 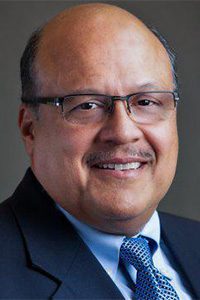 Dr. Chauncey C. Stokes, is a Board Certified Fellow of the American College of Obstetrics and Gynecology. He is affiliated with Inova Loudoun Hospital and Stone Springs Hospital. Dr. Stokes is a very experienced OB/GYN and previous Chairman of the department of Obstetrics and Gynecology. He is a an cofounder of the Minimally Invasive Gynecology Surgery Subdivision at Inova Loudoun Hospital Center Dr. Stokes is one of the first Gynecologic Robotic Surgeons at Inova Loudoun Hospital and has performed over 1000 laparoscopic and robotic surgeries. He was the very first Gyn Surgeon to perform Single-Site Robotic hysterectomy at Loudoun hospital in 2015.

Dr. Stokes began his medical training at Meharry Medical College in Nashville, Tennessee. After earning a MD degree with honors, he completed an internship with the Department of Surgery at the University of Hawaii and residency program in Obstetrics and Gynecology at Howard University Hospital in Washington, D.C. Between his internship and residency, Dr. Stokes also spent time in Mobile, Alabama serving with the National Health Service Corp for three years.

As a physician in the community for over 30. He has delivered over 5,000 babies and helped provide care for those in need. In 2006, Dr. Stokes along with Inova Loudoun Hospital, local businessmen, Social Work professionals and residents founded the Loudoun Community Health Center. The Center, now known as” Health Works of Northern Virginia”, has serviced over 50,000 local residents in need. He also serves as Medical Director of Mosaic, a non-profit organization dedicated to empowering women and men to make informed choices about the sanctity of life. He volunteers with the Loudoun Free clinic as an OBGYN consultant.

When not seeing patients, Dr. Stokes enjoys skiing, swimming and spending time with his wife Sherry. Also visiting their 2 children, Ramon and Brianna, And now the NEW GRAND BABY in New York.

The practice of Obstetrics and Gynecology is lifelong pursuit for Dr. Stokes. He endeavors to help women maintain good health as the inevitable transitions of life occur. Dr. Stokes is readily available for consultation.

Facebook
Twitter
LinkedIn
Youtube
Instagram
Close
Sort options
Search filters
Service type
How we do it Why you can trust our reviews Find a provider
Active filters: Click X to remove any filter or reset all
All filters are off. Customize your search by using the sidebar options below.