95.4% Patient Satisfaction based on 760 ratings 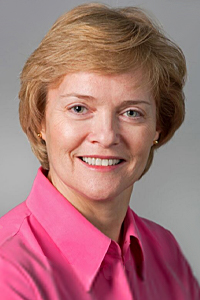 Christine P. Richards, MD, FACOG, combines her compassionate approach to gynecology with a desire to empower women through the care she offers at Capital Women’s Care in Fulton, Maryland. Fully licensed in her field, Dr. Richards shares her extensive knowledge of gynecology and years of experience in feminine health to care for women in the Greater Baltimore area.

After earning her bachelor’s degree in biology at McMaster University in Hamilton, Ontario, Canada, Dr. Richards stayed to get her doctorate of medicine at world-renowned McMaster University School of Medicine. She then completed a general comprehensive internship at Toronto Western Hospital, associated with the University of Toronto. She returned to McMaster University to complete a residency in obstetrics and gynecology in 1990.

In 1991, Dr. Richards opened her own clinic in Hamilton. While in practice there, she held the position of associate professor and taught residents and interns. After practicing there for three years, she moved with her family to Columbia, Maryland.

From 1994 until October 2000, Dr. Richards served her new community as part of Patuxent Medical Group, a multispecialty group of medical providers across Howard County, Maryland.

Dr. Richards is board-certified by the American Board of Obstetrics and Gynecology. She also holds a fellowship at the Royal College of Physicians and Surgeons of Canada — an achievement similar in Canada to board certification in the United States. She is a fellow of the American College of Obstetricians and Gynecologists (FACOG) and has active admitting privileges at Howard County General Hospital.

Dr. Richards lives in Howard County with her husband and has two grown children. She enjoys travel and many outdoor activities, including hiking, skiing, scuba diving, and cycling.