98.4% Patient Satisfaction based on 153 ratings 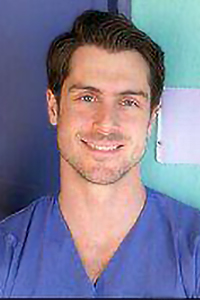 Christopher de Haydu, MD, is a women’s health specialist at West Kendall OBGYN specialized in providing excellent care in the communities of Doral, Kendall and West Kendall in Miami, Florida.

Born in Venezuela, Dr. de Haydu was educated in Europe and North America before eventually attending Georgetown University for his undergraduate degree in Philosophy. Subsequently, he attended the Mount Sinai School of Medicine in New York City. During his medical education, he completed a yearlong sub-internship in Haiti, as part of a Harvard affiliated program in global surgery. Subsequently, he went to Yale for four years to complete his training in Obstetrics and Gynecology. During his time in New Haven, he received multiple awards for presenting his research at national conferences and for teaching at Yale. He subsequently came to Miami where he was awarded a T32 research fellowship sponsored by the National Institute of Health and was an assistant professor. His research in reproductive science and women’s cancer was presented at international conferences and garnered awards. During this time, he also excelled at and performed advanced pelvic surgery and robotic surgery.

Currently, he is passionate about taking excellent care of his patients while still engaging in research and teaching. He loves learning about other cultures and languages and speaks English, Spanish, French, and Haitian Creole.