99.0% Patient Satisfaction based on 459 ratings 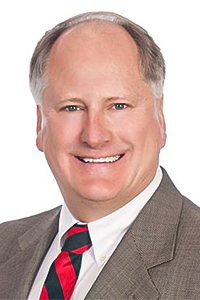 “The joke about me is: I used to be a pitcher—and now I’m a catcher!” says Dr. David Curran with a grin. In the late 1970s, right out of college, Curran pitched in the Milwaukee Brewers’ minor-league system for two and a half seasons before being sidelined with an elbow injury.

Dr. Curran had to decide: have surgery on his arm and keep playing baseball, or accept an offer of admission from Dartmouth Medical School (“a dream come true”). “I believe your life unfolds for a reason,” he says. “And I always knew I wanted to be a doctor.”

His life plan became even more clear during one of his first medical-school rotations, in ob/gyn: “Being sort of a jock, I always thought I would be a sports doctor,” he says. “But I’ll never forget. It was on one of the first nights of the rotation, and I was on call with an OB doctor. His beeper went off, and he said, ‘Let’s go. It’s time to attend a delivery!’ I had never seen anything born … and I was absolutely overwhelmed. Amazed. Moved. And I thought, ‘This is it.’

In addition to obstetrics, Dr. Curran enjoys surgery and clinic work. “I listen well, and I think I’m able to relate to patients well,” he says. “Patients are open with me because I’m compassionate, and not judgmental.”

Dr. Curran likes to play golf and travel, but he devotes most of his leisure time to family activities. He and his wife, Dr. Dina Curran (a pediatrician at Southdale Pediatrics), have three children: a daughter who’s talented in the performing arts, a son who’s an Army officer, and another son who plays college baseball and has been guaranteed acceptance into Medical school.

Dr. Curran enjoys the unpredictability of his medical practice.”No one day is exactly like the next,” he says. “That motivates me … but also, at the end of the day, looking back and saying to yourself, ‘Hey, I did some pretty cool stuff today!’ Delivering babies is still magical, and my training in minimally invasive surgery, including robotic procedures, has kept medicine fresh and current for me.”