95.0% Patient Satisfaction based on 815 ratings 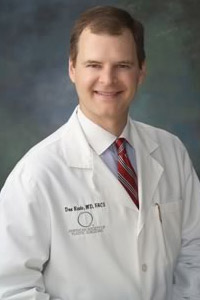 Miami plastic surgeon Dr. Don Revis is double board certified in general surgery and plastic surgery, and has been practicing in Miami for nearly 20 years.

He attended Duke University, and earned his MD degree from the Medical University of South Carolina. Following a General Surgery residency at George Washington University Medical Center, he completed a second residency in plastic and reconstructive surgery at the University of Florida and a fellowship with Plastic Surgery Associates in Miami.

Dr. Revis has numerous publications in medical literature and has authored many chapters for online medical textbooks available to the general public and other healthcare professionals, reflecting his dedication to excellence in medicine and medical education.  He has appeared on television programs such as Healthy Living, The Maury Povich Show, and Miami's WPLG Channel 10 News.

Dr. Revis has been voted "Best Plastic Surgeon" and "Best Physician" by readers of the East Sider, High Riser, Coral Springs Forum and the Jewish Journal newspapers. He has also been named "Distinguished Physician" by the Florida Medical Association.