97.8% Patient Satisfaction based on 606 ratings

Edward Wolfgram
4.89
Based on 606 ratings
Value for the price 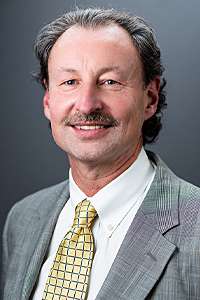 Dr. Wolfgram completed his undergraduate degree in Biology at Loyola Marymount University, graduating Magna Cum Laude. In 1985, he received his Medical Degree from the University of Health Sciences, Chicago Medical School. He then completed his residency in Obstetrics and Gynecology at Georgetown University Hospital in 1989, receiving an award for High Risk Obstetrical Care from the faculty. He has served multiple terms as the Chairman of the Department of OB/GYN at Shady Grove Medical Center. He was the lead physician in the development and installation of the first electronic records and fetal monitoring system in labor and delivery. He was also chosen to lead a task force, the Human Factors and Performance Improvement Committee which introduced to SGMC a number of important safety changes utilizing safety principals originating in the aeronautics industry. The goal was to improve patient safety, provider communication, reduce medical errors during both procedures and emergencies as well as throughout the hospital by instituting standardized processes such as time outs, check lists, marking of operative sites on unilateral procedures...etc.

He was elected as President of the Medical Staff, serving multiple terms with no other physician serving longer. He has served as Chairman of nearly every major committee at Shady Grove Medical Center including the Credentialing Committee, Medical Executive Committee, the Performance and Improvement Council, the Multidisciplinary Peer Review Committee (PPEC), the Labor and Delivery Committee and SGMC‘s Reduction and Prevention of Cesarean Sections Committee. He has helped create order sets in the current Electronic Medical Record system used by providers including those for Obstetrical Hypertensive emergencies.

He has been listed over the years as a top provider in the Washingtonian‘s Top Docs, Consumer Checkbook and the Consumer Research Council. He enjoys being part of this wonderful community. He is married with four children.