95.4% Patient Satisfaction based on 613 ratings 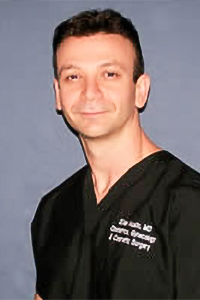 After his residency he became co administrator of one of the largest incontinence centers in the nation. There he treated and managed the most severe urinary incontinence cases. His passion has always been in the field of incontinence and cosmetic gynecology. With his extensive experience in incontinence he decided to open his practice in Hollywood, Florida to be closer to his family.

Dr. Mualin has undergone extensive training and is continuously researching the newest most advanced techniques for incontinence treatment. Currently he performs minimally invasive slings for stress urinary incontinence including T.O.T. and T.V.T. In addition he has extensive education and experience with Laser Vaginal Rejuvenation, Laser Labiaplasty and Designer Laser Vaginoplasty. He initially trained with Dr. David Matlock, grandfather of the laser technique, and he has continued to fine tune his own technique. Dr Mualin is always working on perfecting all his techniques especially in the fields of cosmetic gynecologic surgeries and incontinence. Indeed, Dr Mualin is always traveling within and outside the United States to find ways to improve women’s quality of life in these areas. It is his goal to ensure that he is a leader and an innovator in the area of cosmetic gynecology and related cosmetic surgeries.