97.2% Patient Satisfaction based on 191 ratings

Elizabeth Richardson
4.86
Based on 191 ratings 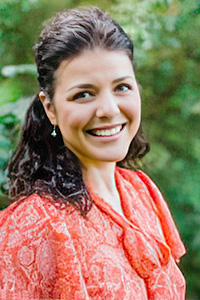 Dr. Richardson was born and raised in El Paso, Texas. She received her bachelor of science degree from the University of Nevada, Las Vegas and completed medical school at the University of Nevada, Reno. She and her family then relocated to the southeast where she completed Obstetric and Gynecology residency at the University of Tennessee Graduate School of Medicine in Knoxville. While in residency, she served as the administrative chief resident and received numerous awards, including the award for Outstanding Minimally Invasive Surgery Resident, the Outstanding Urogynecology Resident, and the Outstanding Resident Research Award.

Dr. Richardson then fulfilled her family’s dream of relocating to Charleston (where her husband was previously stationed with the Navy) and her dream of joining a distinguished private practice, like Charleston OB/GYN. She is fluent in Spanish and has special interests in obstetrics, minimally invasive surgery, including da Vinci robotic surgery and vaginal hysterectomies, as well as evaluating and treating pelvic pain disorders.

Dr. Richardson is married with one son. She enjoys spending time with her family, exercising, and competing in obstacle course races.