95.6% Patient Satisfaction based on 577 ratings 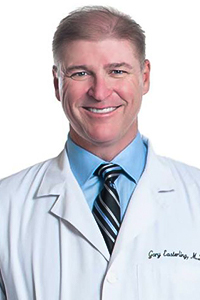 In 1995 he and Dr. Joseph Corcoran formed the obstetrical practice which is now known as Gulf Coast Obstetrics & Gynecology of Sarasota, LLC.

Dr. Easterling takes a special interest in minimally invasive surgical procedures and is certified in laparoscopic and DaVinci Robotic Assisted Minimally Invasive Surgery including myomectomy, hysterectomy, pelvic suspension procedures among others. He also serves as an Assistant Professor with the Florida State College of Medicine.

As part of his commitment to enhance women’s health care, Dr. Easterling became certified and is now a physician proctor for a number of in-office procedures. He is able to complete procedures for abnormal bleeding or an alternative method for sterilization in office that allow the patient to resume normal activities the next day safely, efficiently and usually more cost effective for the patient.

Facebook
Twitter
Youtube
Instagram
Close
Sort options
Search filters
Service type
How we do it Why you can trust our reviews Find a provider
Active filters: Click X to remove any filter or reset all
All filters are off. Customize your search by using the sidebar options below.