96.4% Patient Satisfaction based on 593 ratings 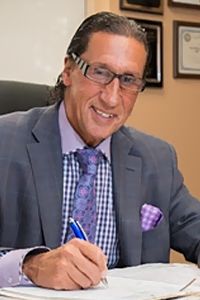 Dr. Levine earned his degree at Chicago Medical School and completed his residency at Roosevelt Hospital in New York. Many patients of Dr.Levine would describe him as thorough, comforting and witty. He has over 38 years of experience and specializes in obstetrics and gynecology. Dr. Levine has written a number of articles pertaining to Women’s Healthcare that have been published in numerous magazines such as Elle Magazine, Image Magazine and Obstetrics and Gynecology. Dr. Levine is also da vinci certified in robotic surgery. During his free time he enjoys spending time with his family, golfing and crossword puzzles. Dr. Levine has been a devoted philanthropist in the community for over 25 years.