95.6% Patient Satisfaction based on 754 ratings 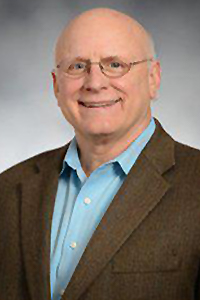 Dr. Gerrit Schipper is a dedicated member of the staff at Capital Women’s Care. Although he is no longer performing deliveries, he offers a number of other valuable services to patients in and around the area of Mount Airy and Frederick, Maryland.

Before beginning his career in Maryland, Dr. Schipper attended the Universidad Autonoma De Guadalajara in Zapopan, Mexico. He graduated from university in 1979 and obtained his medical degree from the Track V Program at the University of Maryland Medical School. Dr. Schipper completed both his internship and residency at South Baltimore General Hospital. He is a fellow of the American College of Obstetrics and Gynecology.

During his medical training, Dr. Schipper studied the fields of obstetrics and gynecology in detail. His areas of interest include vaginal surgery, operative laparoscopy, female incontinence, and pelvic floor disorders. Dr. Schipper’s personal interests include travel, Latin America, and agriculture. Call or schedule an appointment online with Dr. Schipper at Capital Women’s Care.