99.0% Patient Satisfaction based on 756 ratings 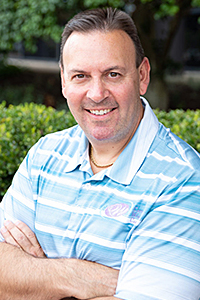 Dr. Glen Silas, a native of the Washington D.C. area, received his Bachelor of Science degree from The University of Michigan. While in Ann Arbor, he completed an Undergraduate Surgical Residency within The University of Michigan Medical School. He then traveled to Chicago where he completed a dual degree program at The Chicago Medical School, receiving both his Masters and Doctor of Medicine degrees. Returning to the D.C. area, he trained at The George Washington University Medical Center and was named Administrative Chief Resident during his final year. Dr. Silas maintains faculty positions at both The University of Virginia Medical School and The Medical College of Virginia. Dr. Silas’ primary interests are in medical education, for which he has received numerous teaching awards, minimally invasive gynecologic surgery, and obstetrics, both complicated and uncomplicated. Dr. Silas is Board Certified in Obstetrics and Gynecology and maintains membership in many national OB/GYN societies. Dr. Silas is an avid soccer fan and Washington Redskins season ticket holder.