95.8% Patient Satisfaction based on 168 ratings 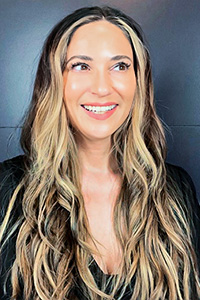 Griffin Churchwell is an Aesthetician at the Plastic Surgery Center of Nashville in Tennessee. Griffin was officially licensed as an Aesthetician in 2007, receiving her training at Skinactics School of Aesthetics in Birmingham, Alabama. For the last eight years, she has worked on the medical side of Aesthetics, refining her skill set with lasers and in-depth chemical peels. She has attended numerous trainings with Obagi, Skin Medica, and a Sciton laser preceptorship with Dr. Jason Pozner.

In addition to specializing in various skin care techniques, Griffin is also our Certified CoolSculpt specialist, with over four years of experience. Griffin attended the prestigious CoolSculpt University in 2015 to further expand her knowledge about the medicine behind CoolSculpting.

Griffin is a member of the ASLMS (American Society for Laser Medicine and Surgery), and in 2016 was selected as 1 of 100 Aestheticians from across the country for the ALC (Aesthetic Leadership Community), an exclusive community of Aestheticians dedicated to provide feedback, opinions, and preferences on Obagi skin care products and treatments.

Facebook
Youtube
Google+
Close
Sort options
Search filters
Service type
How we do it Why you can trust our reviews Find a provider
Active filters: Click X to remove any filter or reset all
All filters are off. Customize your search by using the sidebar options below.