95% Patient Satisfaction based on 52 ratings

Heather Schwantes
4.75
Based on 52 ratings 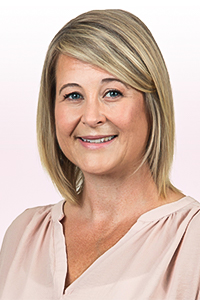 Heather is a Cincinnati area native and currently resides in Loveland, Ohio with her two sons. In her free time, she enjoys weekend getaways to explore new places, live music, kayaking, and hiking in the woods.

Facebook
Close
Sort options
Search filters
Service type
Reviewer
How we do it Why you can trust our reviews Find a provider
Active filters: Click X to remove any filter or reset all
All filters are off. Customize your search by using the sidebar options below.
Heather Schwantes, APRN, CNM Reviews (14)
05/07/2021

Very quick check in and out time. Little wait time, Heather was thorough and nice.

Heather is kind, thorough and attentive each time I see her in the office.

Everyone was very sweet, informational and professional.

She ran through so many birthing options with me and was very well versed in addressing all my questions.

The office staff was incredibly supportive in helping me make an appointment at the last minute. This appointment was very challenging for me and Heather and the staff were extremely supportive and informative. They all felt like family and it was something I needed to feel at that time. Heather even provided her cell so I could call her directly with questions instead of having to go through a phone tree. When patients are going through challenging health issues it is beyond AMAZING to have direct access to your health care provider. I can't say enough how great my experience has been with Heather and everyone!

I think Heather is wonderful! I feel really comfortable talking with her and I feel as if she truly cares about my pregnancy.

Everyone was so nice and took the time to listen and care for me.

Reviewed my history before my exam, prompted questions and addressed all of my concerns fully and well.

Midwife Heather was great. She took time to listen to me and made me feel she truly cared about how I was feeling and if I had concerns made sure to address them.

She addressed all the necessary item and was very in depth.

Very personable and educated on my file and all the details I needed to know at this pregnancy check up.

Heather was extremely patient and thorough, answering any questions or concerns I may have had.

This was probably my worst experience at this practice - not on par with what I have come to expect. I was asked to sign consent to deliver which would be fine, except the document contained acknowledgement that I had discussed things with my provider that were not actually discussed. The midwife offered to let me take it home but that didn't solve the problem of having not discussed things in the document. I expressed concern about postpartum depression and the midwife made me feel pressured to go back on antidepressants at 38 weeks despite me telling her I had weaned off intentionally for this pregnancy and am working with a psychiatrist who is monitoring me. I also felt pressured to schedule an induction. After she clarified that it was for scheduling purposes it made more sense, but the way she initially presented it made it sound like something I needed to do even though I have previously stated I don't want to be induced if possible. I was also confused and upset by her reaction to not finding a heartbeat and saying movement was "odd." She was not communicative to me in what was going on and the ultrasound tech was also confused by why I was there. Finally, I was let to go home and then called a day and a half later to be told that there was a problem with my ultrasound. 1) The time it took to get back to me bothers me - she should have called same day or within 24 hrs at least. 2) She left a message saying there was a problem at 3:55 PM and to call back by 4:30. When I called back at 4:15 I couldn't get through to anyone. When I finally got through at 4:25, I was told that she had already left for the day and the nurse had to scramble to figure out what was going on and what to tell me. The entire experience was anxiety-inducing and very frustrating. I know she was just doing her job but at various times I felt pressured, scared, upset, and anxious - all things I'm not used to feeling during or after my appointments. I would honestly prefer not to see this midwife again.