100.0% Patient Satisfaction based on 7 ratings 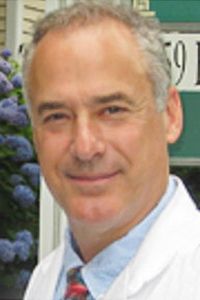 Dr. Ian Gluck is an attending obstetrician/gynecologist in private practice at Morristown Medical Center in Morristown, New Jersey. He is extensively involved in teaching residents and medical students on a voluntary basis, including surgery and lecture series. He served on the Chairman’s Advisory Committee for the department from 1996 through 2001, and again since 2006. He was vice chairman of the department for the years 2000 and 2001. His practice includes all areas of obstetrics and gynecology.

Prior to coming to New Jersey in 1988, he held a full-time teaching position as an attending physician at the Queens Hospital Center of Long Island Jewish Medical Center, Jamaica, New York. During the second half of his five years spent there, he was Physician-in-Charge of Labor and Delivery. Dr. Gluck has been listed as a “Top Doc” in New Jersey Magazine, New Jersey Life, NJ Savvy and Star-Ledger’s Inside Jersey on multiple occasions from 1996 to the present. Additionally, Castle Connelly’s “Top Doctors” New York Metro Area resource book has included his name annually from 1996 to the present.

LinkedIn
Close
Sort options
Search filters
Service type
How we do it Why you can trust our reviews Find a provider
Active filters: Click X to remove any filter or reset all
All filters are off. Customize your search by using the sidebar options below.