93.8% Patient Satisfaction based on 422 ratings 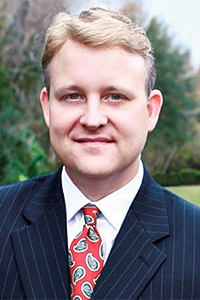 Jason Thompson, M.D., received his Bachelors Degree and Medical Degree from the University of Florida in 1998 and 1992 respectively. He completed his residency in Obstetrics and Gynecology at the University of Florida Health Science Center Jacksonville in 1996. Dr. Thompson completed his fellowship in Urogynecology and Reconstructive Pelvic Surgery are The Johns Hopkins Hospital in 1999. He remained on faculty at Johns Hopkins until moving back to Jacksonville to join the staff at Mayo Clinic in 2001. In 2004 Dr. Thompson established Florida Urogynecology & Reconstructive Pelvic Surgery, P.A., committed to excellence in women’s health. In June 2014, Dr. Thompson received his Board Certification in Female Pelvic Medicine & Reconstructive Surgery.

Dr. Thompson is one of the most experienced implanters of the Medtronic InterStim therapy for urinary frequency, urgency, urinary incontinence and non-obstructive urinary retention. He has been performing this as out-patient surgery since 2000.

He was also one of the first to offer the same Medtronic InterStim therapy to treat fecal incontinence when the FDA approved the surgery in May of 2011. Dr. Thompson has also received his da Vinci Robotic certification and has been performing robotic surgeries since 2005.

Facebook
LinkedIn
Close
Sort options
Search filters
Service type
How we do it Why you can trust our reviews Find a provider
Active filters: Click X to remove any filter or reset all
All filters are off. Customize your search by using the sidebar options below.