98.4% Patient Satisfaction based on 305 ratings

Jeffrey Wentworth
4.92
Based on 305 ratings
Value for the price 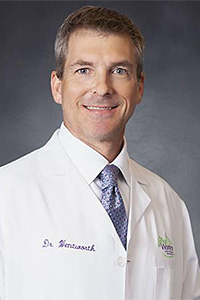 The Group For Women

Dr. Jeffrey Wentworth, MD, is originally from North Carolina and after graduating from Elon College entered East Carolina University School of Medicine. He completed his residency in Obstetrics and Gynecology at Maricopa Medical Center/St. Joseph’s Hospital in Phoenix, Arizona, where he was Chief Resident, before joining The Group for Women.

Within the field Dr. Wentworth has a special interest in Research and Clinical trials. He has completed numerous studies involving Birth Control. He also has an interest in abnormal uterine bleeding and specializes in minimally invasive procedures such as endometrial ablation and robotic hysterectomy. Dr. Wentworth was co-author of an article in the New England Journal of Medicine in February 2014 on ground breaking research that allows for non-invasive analysis of fetal genetics. (NIPT)

As the parents of two active teenagers, a son and a daughter, he and his wife attend a lot of soccer, field hockey and lacrosse matches, and in his spare time Dr. Wentworth enjoys participating in athletics as well.