Jennifer A. Flynn, DO

97.2% Patient Satisfaction based on 273 ratings

Jennifer Flynn
4.86
Based on 273 ratings
Value for the price 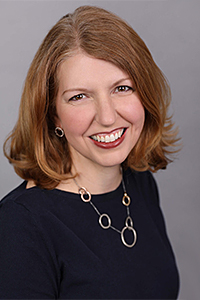 Dr. Jennifer Flynn earned her medical degree at Des Moines University Medical School in Des Moines, Iowa in 2003 and completed her residency in 2008 at Illinois Masonic Medical Center in Chicago. She is board certified as a Fellow in the American Congress of Obstetricians and Gynecologists (FACOG). Dr. Flynn has been named as a “Top Doctor Rising Star” by Minneapolis/St. Paul Magazine multiple times.

Dr. Flynn practices both general and high-risk obstetrics, with special medical interests that include using the latest laparoscopic and minimally invasive surgical techniques, including the robotic daVinci® Surgical System.

She has had an interest in medicine from an early age, and ultimately chose the field for its unique intersection of science and people. She enjoys partnering with patients to help them learn about and understand their condition. She especially enjoys the hands-on work of surgery, and the process of caring for women.

Dr. Flynn sees patients at Metro OBGYN clinic locations in Maplewood and Woodbury. She serves on a number of professional committees, including the Health East OB/GYN Clinical Council. She is also a member of the American College of Obstetrics and Gynecology (ACOG) and the American Osteopathic Association (AOA).

She has three young children and in her free time, she and her family enjoy concerts and exploring the Twin Cities restaurant scene.