94.4% Patient Satisfaction based on 199 ratings 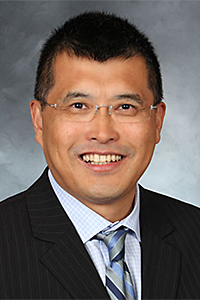 Dr. Jie Gao received his medical degree from China Medical University in 1985. He completed his first OB&GYN residency training at the second affiliated hospital of China Medical University in 1990. As an OB&GYN attending physician, Dr. Gao had actively practiced over ten years in China. He finished his second OB&GYN resident training in Grand Rapids Medical Education & Research Center for Health Professions, Michigan in June 2008. He has been practicing at the OB&GYN Center since August 2008. He became a board certified Obstetrician and Gynecologist in 2011. He is also trained in Robotic Surgery. Dr. Gao and his wife enjoy vegetable gardening, being outdoors, and spending time with their children.