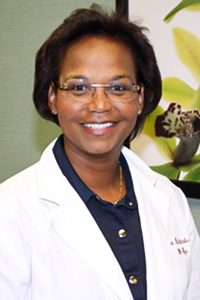 She received her BA from Dartmouth College in Hanover, New Hampshire in 1985. She continued her studies at Columbia University in New York and received her Doctorate in Medicine in 1989. Dr. Richards completed her residency at Presbyterian Hospital Medical Center in 1993. She was Board Certified in 1990 and received her American Board of Obstetrics and Gynecology Certification in 1995. She is passionate and caring and continues to advance her knowledge and certificates in the most current technology including robotics. Dr. Richards provides minimally invasive surgery along with in-office procedures. Dr. Richards' has a patient following from the Orlando area to Key West and Fort Meyers as well as international patients who come to the United States to receive care with her. Patient care and quality are Dr. Richards most valued virtues.