97.2% Patient Satisfaction based on 122 ratings 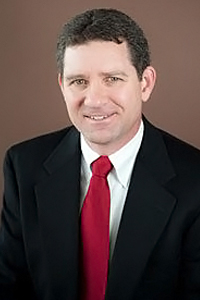 Originally from Oklahoma, John Paul Roberts, MD graduated from Stanford University with a B.A. in human biology. In 1991, he received his medical degree from the University of Oklahoma College of Medicine. Following medical school, he completed his residency training in obstetrics and gynecology McGaw Medical Center at Northwestern University in Chicago. Dr. Roberts began practicing in the Dallas area in 1995. He specializes in routine and high-risk obstetrical care and patient-centered gynecological care. Dr. Roberts is board certified by the American Board of Obstetrics and Gynecology. He is a Fellow of the American Congress of Obstetricians and Gynecologists and a member of the American Medical Association, the Texas Medical Association, the Texas Association of Obstetricians and Gynecologists, and the Dallas County Medical Society. He is currently on the board of directors of Genesis Physicians Group in Dallas. He previously served as chairman of the Obstetrics and Gynecology Department at Texas Health Presbyterian Hospital Plano.