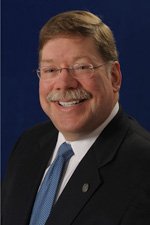 Dr. Jonathan D. Hall began his plastic surgery practice in Boston after completing eleven years of post graduate training, graduating in the top third of his class from Washington University School of Medicine in St Louis, Missouri. He received his MD in 1983.

Dr. Hall completed his residency training in General Surgery and Plastic & Reconstructive Surgery at the University of Michigan Medical Center in Ann Arbor, Michigan. He received special training in Craniomaxillofacial and Pediatric plastic surgery at the International Craniofacial Institute in Dallas, Texas.

Dr. Jonathan D. Hall has been named to Boston Magazine's Annual Top Doctors list, and in the December 2011 special issue on "Top Doctors: The Best Physicians in 57 Specialties as Chosen by Their Peers" he was chosen as one of the Top Boston-Area Specialists. He is one of just 12 plastic surgeons in Boston out of a total of 650 specialists nominated by other physicians for this honor. He was also selected in the 2010, 2009 and 2008 Boston Magazine "Top Doc" lists.