97.2% Patient Satisfaction based on 236 ratings

Scroll down to read and filter verified real patient reviews for Jonathon Jaqua, DO . You can also see locations, or contact Jonathon Jaqua right here at RealPatientRatings®. 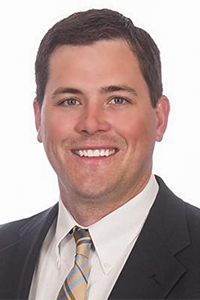 “I’m easy to talk to, kind, hard-working, patient, and calm,” says Dr. Jonathon Jaqua. “I’m also constantly learning because I believe that to be a good doctor, you need to know what you know, and what you don’t know. You need that insight to continue to improve and grow in the ever-changing world of medicine and surgery.”

Get to Know Dr. Jaqua

Dr. Jaqua says, “In D.O. school, we were taught to emphasize the mind, body, and spirit connection to health, but I think I may have chosen osteopathy because I already did that naturally. It’s a philosophy of care I really like — to treat the whole person.” With this in mind, he’s focusing more time on diving into nutrition for himself and his patients, with an emphasis on good health, not counting calories.

In his spare time, Dr. Jaqua likes to run, bike, downhill ski and camp. He also competes in triathlons and recently completed the Wisconsin Ironman. Most of all, he likes spending time with his wife, Maureen, a pediatric hospitalist, and their three sons, Ernie, Frankie and Alfie. “I’m proud of my wife and sons, and the life we’re building here in Minnesota,” says Jaqua. “And, I’m especially proud that I’ve found a job through which I can continue to give back — for the rest of my life.”

I made a “nothing else will do” decision to go into ObGyn during my first hospital rotation in medical school,” says Jaqua. “I can’t think of anything more rewarding than following a woman throughout her pregnancy and delivering a baby at the end of it. It gives me the greatest joy.”

Dr. Jaqua is open to exploring options that complement a traditional birth plan, such as having a doula present at the birth, or using alternative treatments such as meditation, physical therapy, hydrotherapy, or acupuncture to relieve stress and discomfort.

“Prevention is always best,” says Jaqua. “But when there is a problem, there are a multitude of treatments options and some are less invasive. Together, we’re going to explore all options with a goal of choosing the right path.”

Patients also turn to Dr. Jaqua for sexual health issues, such as pain with intercourse and treatment of abnormal urine bleeding.

Dr. Jaqua is open to exploring options that complement a traditional birth plan, such as having a doula present at the birth, or using alternative treatments such as meditation, physical therapy, hydrotherapy, or acupuncture to relieve stress and discomfort.

If surgery is the best option, Dr. Jaqua’s goal is that it be as minimally invasive as possible, for the fastest and most comfortable recovery. He wants patients to know that he has the necessary tools to make it that way, including laparoscopic and robotic. He says, “As a practice, we are constantly working to enhance our skills and get the best possible outcome, with a small incision.

Being an Army National Guard brigade surgeon contributes to making Dr. Jaqua a well-rounded surgeon. He says, “Being ultimately responsible for the medical readiness of more than 5,600 soldiers gives me a better picture of the health management within diverse populations.”

Board Certified in Obstetrics & Gynecology