96.4% Patient Satisfaction based on 159 ratings 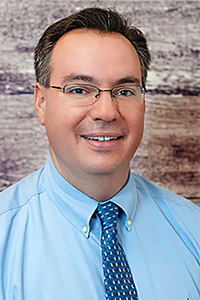 Dr. Oland is a board-certified Obstetrician/Gynecologist who has practiced in Phoenix since 2004. Dr. Oland currently serves as the Department Chair of Obstetrics and Gynecology at Abrazo West Hospital and on the Credentials Committee at Banner Estrella Medical Center. This work is part of his commitment to serving the community, as well as his patients.

Dr. Oland chose to practice in the field of women’s health due to his desire to make a positive impact in his patient’s lives. Caring for women during pregnancy and throughout their lifetime is an honor and a privilege for him. Dr. Oland’s clinical interests include normal and high-risk pregnancy and advanced minimally invasive gynecologic surgery, such as DaVinci Robotics, complex laparoscopy, and vaginal surgery. Dr. Oland also performs many in-office procedures, such as endometrial ablation and operative hysteroscopy.

Dr. Oland lives in Phoenix with his wife, Ann, a pediatrician, his two children, and two labradoodles (Leo and Lucy). In his free time, he enjoys hiking, swimming, and dining at local restaurants with friends and family.