95.6% Patient Satisfaction based on 325 ratings

Judith Gurdian
4.78
Based on 325 ratings
Value for the price 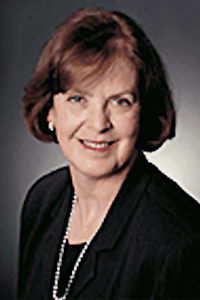 Dr. Gurdian received her undergraduate and medical degrees at Georgetown University in Washington, D.C. After completing her residency in obstetrics and gynecology, also at Georgetown, she was a staff obstetrician in the US Air Force for four years. She also served as the medical student and resident coordinator and head of high-risk obstetrics during that time, in addition to being a faculty member of Uniformed Services University of Health Sciences in Bethesda, Maryland.

Dr. Gurdian regularly receives accolades as one of the most respected doctors in the Washington area. Every year, she is among the top doctors in lists compiled by the Washingtonian, Consumer Reports, and Consumers’ Checkbook magazines.

In addition to her position at Capital Women’s Care, she is on staff at the Adventist HealthCare Shady Grove Medical Center (SGMC) in Rockville, and she serves as the president of the medical staff. She also serves on SGMC’s Performance Improvement, Credentialing, Professional Affairs, and Medical Executive committees, and on the board of directors of Capital Women’s Care.

She previously served as the chief of SGMC’s OB/GYN Department, chair of Peer Review, and a member of the Professional Performance Executive Committee. Dr. Gurdian is board-certified in obstetrics and gynecology and is an active member of the American College of Obstetricians and Gynecologists and the North American Menopause Society.