98.4% Patient Satisfaction based on 132 ratings 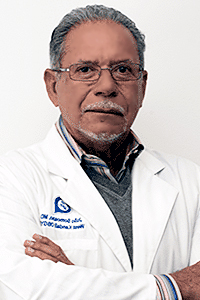 Julio Somoano, MD, FACOG, is a specialist in women’s health, providing the very highest standard of care to his patients at West Kendall OBGYN in the communities of Kendall and West Kendall in Miami and Doral, Florida. His areas of expertise cover a range of women’s health issues, including the treatment of common issues like fibroids, ovarian cysts, abnormal bleeding, and more.

Dr. Somoano was born in Cuba and went to medical school at the University of Salamanca, Spain. After completing his medical schooling, he moved to the United States where he did his internship and residency in obstetrics and gynecology at the very prestigious Cleveland Clinic Educational Foundation, an affiliate of the Cleveland Clinic.

Dr. Somoano then went on to serve as Chief Resident at Fairview General Hospital and Cleveland Clinic for many years. After that, he moved to Miami and joined the practice at West Kendall OBGYN, where he works to this day.