98.8% Patient Satisfaction based on 34 ratings

Katelyn Simmons
4.94
Based on 34 ratings 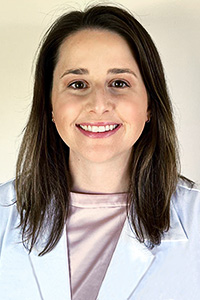 Katelyn Simmons is a native of Houma, LA. She earned an undergraduate degree in 2014 in Biological Sciences from Louisiana State University in Baton Rouge. Dr. Simmons then attended LSU Medical School in Shreveport, LA where she earned her medical degree in 2018, receiving an award for excellence in OBGYN. She went on to complete her obstetrics and gynecology residency at Ochsner Medical Center in New Orleans, LA earning distinction in laparoscopic surgery in 2021. She enjoys cooking, being outdoors, playing tennis and spending time with her husband and her dog.