87.4% Patient Satisfaction based on 19 ratings 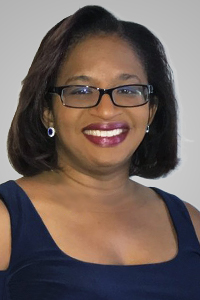 Kerling Charles-Pierre, PA is a Physician Assistant starting with Ob/Gyn Specialists practice in February 2018 at the West Palm Beach 45th Street office. Kerling Charles-Pierre previously practiced medicine in Haiti since 1999. After moving to the United States she attended Saint Francis University in Pennsylvania where she obtained her Master’s Degree in Medical Science.