Kristin Watras
5.00
Based on 5 ratings 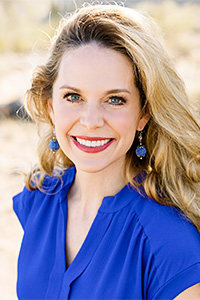 Kristin Watras, WHNP, followed a unique path in becoming a Women’s Health Nurse Practitioner. After graduating from Arizona State University, Kristin joined Disney Cruise Line and spent the next five years at sea, traveling the world as a Disney entertainer. She then decided to change career paths completely and became a registered nurse. Although Kristin began her nursing career in Neurosurgery and ICU, she always knew her calling was women and infant health. Kristin spent six years caring for moms and helping deliver babies as a Labor and Delivery nurse at Banner Estrella Medical Center. In 2019, Kristin earned her Master’s Degree in Nursing from the University of Cincinnati and is now a certified Women’s Health Nurse Practitioner. After helping deliver many babies with the doctors of Estrella Women’s Health Center over the years, Kristin knew she wanted to join their team as a Nurse Practitioner. Kristin is mom to a young daughter and enjoys traveling, crafting, and going on cruises.