95.2% Patient Satisfaction based on 426 ratings

Scroll down to read and filter verified real patient reviews for Laterica Barton, DO . You can also see locations, or contact Laterica Barton right here at RealPatientRatings®. 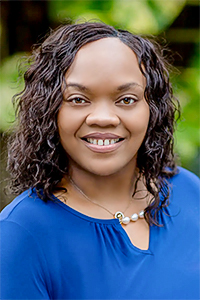 A board eligible physician, Dr. Barton earned her Doctor of Osteopathy degree from Lake Erie College of Osteopathic Medicine in Bradenton, Florida. She served her internship at St. Petersburg General Hospital and her obstetrics and gynecology residency at Beaumont Trenton in Michigan. Dr. Barton received several awards which include: 2014 Intern of the Year, First Place in the 2016 Annual Dr. Harvey G Roth Controversies in Medicine and also in 2016 she received the Special honors and interest in OB/GYN award. Dr. Barton used her strong leadership skills to serve as OB/GYN Chief Intern 2014-2015, OB/GYN Resident Interview Coordinator 2014-2016 and OB/GYN Chief Resident 2016-2017.

In 2017, Dr. Barton returned to Bradenton with her husband and 3 children, growing up in Sarasota she knew she wanted to return to her home town area to provide care for women in various stages of their lives. Dr. Barton is building her practice on the fundamental belief that the relationship between physician and patient contributes significantly to the quality of care delivered and received.