93.0% Patient Satisfaction based on 20 ratings 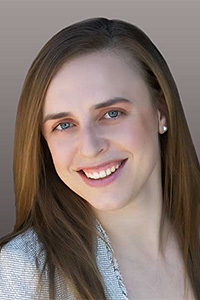 Dr. Lauren Ross Ehrhart joined the Colorado Center for Reproductive Medicine in September of 2016 and is board-certified in both reproductive endocrinology and infertility and obstetrics and gynecology. She completed her subspecialty fellowship training in Reproductive Endocrinology and Infertility at the University of Southern California in Los Angeles in June of 2016. Dr. Ross Ehrhart earned her medical degree at Chicago Medical School after attending Dartmouth College for her undergraduate degree. She completed her residency in obstetrics and gynecology at the University of Colorado. She has won multiple academic and teaching awards including a Presidential Scholar Award at Dartmouth College and induction into the Alpha Omega Alpha Honor Medical Society.

Dr. Ross Ehrhart has numerous publications and presentations in a diverse range of research which have earned her national recognition. This includes work in fertility preservation, egg donation, treatment of women with diminished ovarian reserve, and vitamin D supplementation.

Dr. Ross Ehrhart happily returns to Denver having been trained in all areas of assisted reproductive technologies including in vitro fertilization, superovulation, intrauterine insemination, and reproductive surgeries. She has a particular interest in diminished ovarian reserve, fertility preservation including elective egg freezing, and third party reproduction.