99.6% Patient Satisfaction based on 647 ratings

Scroll down to read and filter verified real patient reviews for Lindsay McBride, DO, FACOG . You can also see locations, or contact Lindsay McBride right here at RealPatientRatings®. 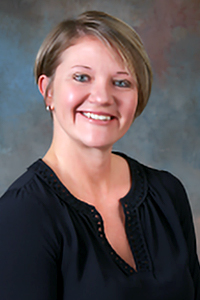 Dr. Lindsay McBride was born and raised in Liberty, Texas. She attended college at Texas A&M University-Corpus Christi where she earned a bachelor of science in biology with a minor in chemistry. She also played collegiate women’s golf for the university. After college, she obtained a Master’s degree in Medical Science from the University of North Texas Health Science Center. For medical school, she attended Texas College of Osteopathic Medicine in Fort Worth, Texas. She completed her OB/GYN internship & residency at John Peter Smith Hospital in Fort Worth, Texas. Dr. McBride is board certified.

Dr. Stamatis and Dr. McBride were colleagues in residency and have continued on establishing their private practice in Weatherford, Texas. Dr. McBride has been in private practice since 2009. She is an active member of the staff at Weatherford Regional Medical Center. Dr. McBride has special interests in adolescent/teen care, natural hormone management for perimenopause/menopause, incontinence and other gynecologic surgeries (including in office endometrial ablations). Surgical interests include, pelvic floor reconstruction for prolapse and bladder incontinence, operative laparoscopy, and vaginal surgery. Dr. McBride's husband tells others that what sets her apart in her field is her “big heart”. Her patient’s personal time and schedule is important. She placed a high priority on giving individualized, timely, and comprehensive care.

Dr. McBride lives in Weatherford with her husband Michael, and two children, Taylor and Cash. Her hobbies include golfing, kayaking, reading and traveling with her family.

Dr. McBride is accepting new OB patients, as well as patients referred by other physicians.