96.8% Patient Satisfaction based on 804 ratings 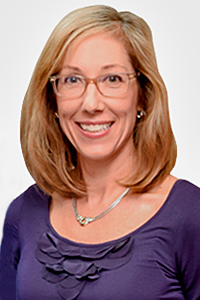 Dr. Grana practiced in Salisbury, North Carolina for nine years where she served as Departmental Chair of Obstetrics and Gynecology, member of the Executive Committee for the medical staff, and member of Quality Assurance for the Rowan Regional Medical Center. While in Salisbury, she also served as volunteer physician and gynecologic coordinator for the Community Care Clinic and Clinical Preceptor for Wake Forest School of Medicine and the University of North Carolina at Chapel Hill School of Medicine.

Dr. Grana and her family returned to this area where she joined Triangle Physicians for Women. Her interests include pediatric and adolescent gynecology, menopausal management, pelvic reconstructive surgery, hysteroscopy, gynecologic oncology, urinary incontinence and normal and high risk obstetrics.