95.6% Patient Satisfaction based on 63 ratings 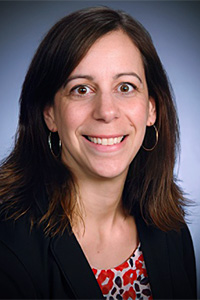 Dr. Rossi has received several honors and awards, she was named intern of the year from 2000-2001 and in 2003 she earned the Veterans Administration Ambulatory Award for primary care from the VA Connecticut Healthcare System in Newington, Conn.

Dr. Rossi treats a broad range of GI diseases including colon cancer screening, esophageal disorders, inflammatory bowel disease and a special focus on women’s issues in gastroenterology. She is involved in the teaching and education of future gastroenterologists and serves as the University of Connecticut GI Fellowship Site Director at Saint Francis Hospital.