91.2% Patient Satisfaction based on 630 ratings 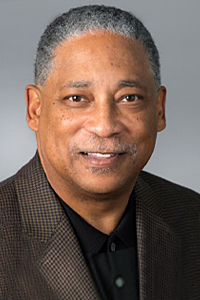 Marvin P. Davis, MD, FACOG, brings his innovative treatment tools and techniques to his gynecological care at Capital Women’s Care in Fulton, Maryland. The fully licensed gynecologist is committed to providing the highest level of feminine health care in the Baltimore-Washington corridor. His passion for progress stems from his advanced education and extensive field training.

In 1977, Dr. Davis received his bachelor's degree from George Washington University in Washington, D.C. In 1981, he earned his medical degree from Meharry Medical College in Nashville, Tennessee. Next, Dr. Davis received his residency training at Franklin Square Hospital Center and Johns Hopkins Hospital in Baltimore. After residency, he completed his obligation to the National Health Service Corps in St. Louis, where he served as the clinical attending physician for Washington University and St. Louis University OB/GYN residents and medical students.

From 1988 to 2000, he practiced as part of Patuxent Medical Group, a multispecialty practice in Columbia, Maryland, before he and Dr. Christine P. Richards formed Contemporary Health For Women. In 2004, the practice merged with Capital Women’s Care.

Recently, he completed a nine-year term on the board at Howard County General Hospital, a member of Johns Hopkins Medicine, Board of Trustees, and he currently serves on the Board of Capital Women's Care as well.

With such dedication to his craft, it’s no surprise that Dr. Davis is a recognized leader in medicine on national and regional levels. He was previously appointed to and served on the Congressional Physician’s Advisory Council. Closer to home, Dr. Davis was the first physician in Howard County to offer Ultherapy®, the only FDA-cleared procedure to noninvasively lift and tone the face, neck, chin, and chest areas.

After delivering well over 5,000 babies, including several second generations, Dr. Davis limited his practice to dedicate his energy to gynecology. His special interests include preventive and integrative women's health, contraception, menopause including bioidentical hormone replacement, urinary incontinence and anti-aging therapies. Reproductive health and family life are more than just career interests, though, as Dr. Davis and his wife, Mariebel, are the proud parents of three children and two grandchildren.